Brexit – how will it affect UK manufacturing?

On Thursday 23 June 2016 the people of the UK voted in the EU referendum, the result was in favour of leaving the European Union. Negotiations have been ongoing to secure a deal to shape the future relationship between Europe and the UK.

The deal will require significant changes in the way the UK and EU trade with each other. In this blog our experts examine what these changes could mean for UK manufacturing.

The UK’s Brexit transition period expires at the end of 2020, until that point all EU rules still apply and market access remains unchanged. If a deal is not secured by the end of 2020 – and the transition period is not extended – it will result in the UK having no formal agreement governing its trade and security cooperation with the EU. So what are the main challenges and opportunities that Brexit poses for manufacturers both in the UK and the EU?

Manufacturing in the UK

Manufacturing is a key part of the UK economy, accounting for approximately 10% of the total economy and 9% of total employment. Staff employed in manufacturing roles typically enjoy higher productivity and wages than the UK average, which in turn stimulates the economy.

The reliance on UK manufacturing for products and services means that any disruption would negatively impact on the wider UK economy. 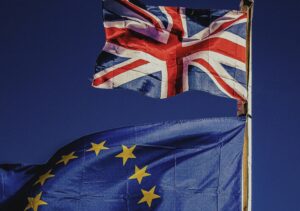 How could Brexit affect UK manufacturing?

Brexit could result in numerous disruptions to UK manufacturing. The sector is deeply integrated into the EU single market, with almost 50 percent of UK imports and exports being with the EU. Many supply chains rely on the frictionless trade with the EU.

The UK’s engineering sector has historically been supported by migrant talent. With an overall shortage of approximately 20,000 engineering professionals, the sector has become heavily reliant upon talent from both inside and outside the EU in the last decade.

Which sectors won’t be affected?

Some sectors will face fewer disruptions. UK aerospace – for example – is unlikely be negatively affected by tariffs, even in a no-trade deal scenario, as international trade in the sector is mostly tariff-free.

However the UK has built its position as a key partner on EU Air Defence projects, Brexit would prevent UK businesses from participating in European Aerospace projects. This could easily reduce opportunities and stifle innovation leading to the UK lagging behind in global Aerospace development.

Which sectors will be most affected?

The vast majority of manufacturing sectors have concerns about regulatory alignment with the EU and the potential to lose free trade agreements.  The automotive sector would be faced with real struggles if tariffs are introduced on exports to the EU.

The UK automotive sector has been vocal in its desire for a deal that:

How can UK manufacturing prepare for Brexit?

Uncertainty about the deal makes preparations for the post-Brexit business environment problematic. This uncertainty has already been a contributing factor in the falling and delayed investment within the sector.

It is fairly certain that any Brexit deal will result in additional financial burdens for companies, be these in the form of tariffs, customs declarations, certification costs, audits, loss of collaboration opportunities in R&D, border delays, EU customers switching to other suppliers or visa costs for EU workers.

However, the UK government could introduce measures to cushion the post-Brexit shock likely to be felt by UK manufacturing. This could include loans, wage subsides and taking equity stakes in companies. This would be similar to the measures deployed to help companies during the Covid-19 pandemic.

The negative effect of Brexit hinges on the outcome of the deal negotiations. The biggest consequences would be felt in a no-trade deal scenario. The favoured outcome for UK manufacturers would be for the UK to remain closely linked with the EU, especially in terms of regulatory alignment and with an EU–UK free trade agreement.

To talk to one of our experts in more depth about how Brexit could affect your business get in touch.